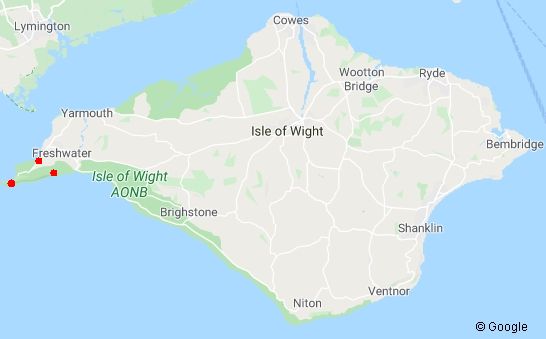 Awe-inspiring North and South Coast Walk from Totland Bay to Freshwater Bay via Headon Warren, The Needles (the Island’s most famous landmark) and Tennyson Down.

This walk affords some of the most spectacular views of the Island! A further plus point is that both starting and finishing points are on a bus route.

Perfect for both wildlife and geology-lovers, join us on this walk to both see and hear how the Isle of Wight was formed, how it is changing and what its future is likely to hold.

We first climb up to Headon Warren, an ancient terrain known for its wildlife as well as magnificent heather and wildflowers at different times of year. Home to a Bronze Age burial mound - many centuries ago it was a source of food, rabbits for example - hence its name!

(You are also very likely to spot a spitfire or two flying overhead!)

If you are relatively fit and sure-footed, we estimate that the whole route will take around four hours, walking at a fairly leisurely pace. Although not a difficult walk, it is vital that you wear strong supportive footwear with a good grip.